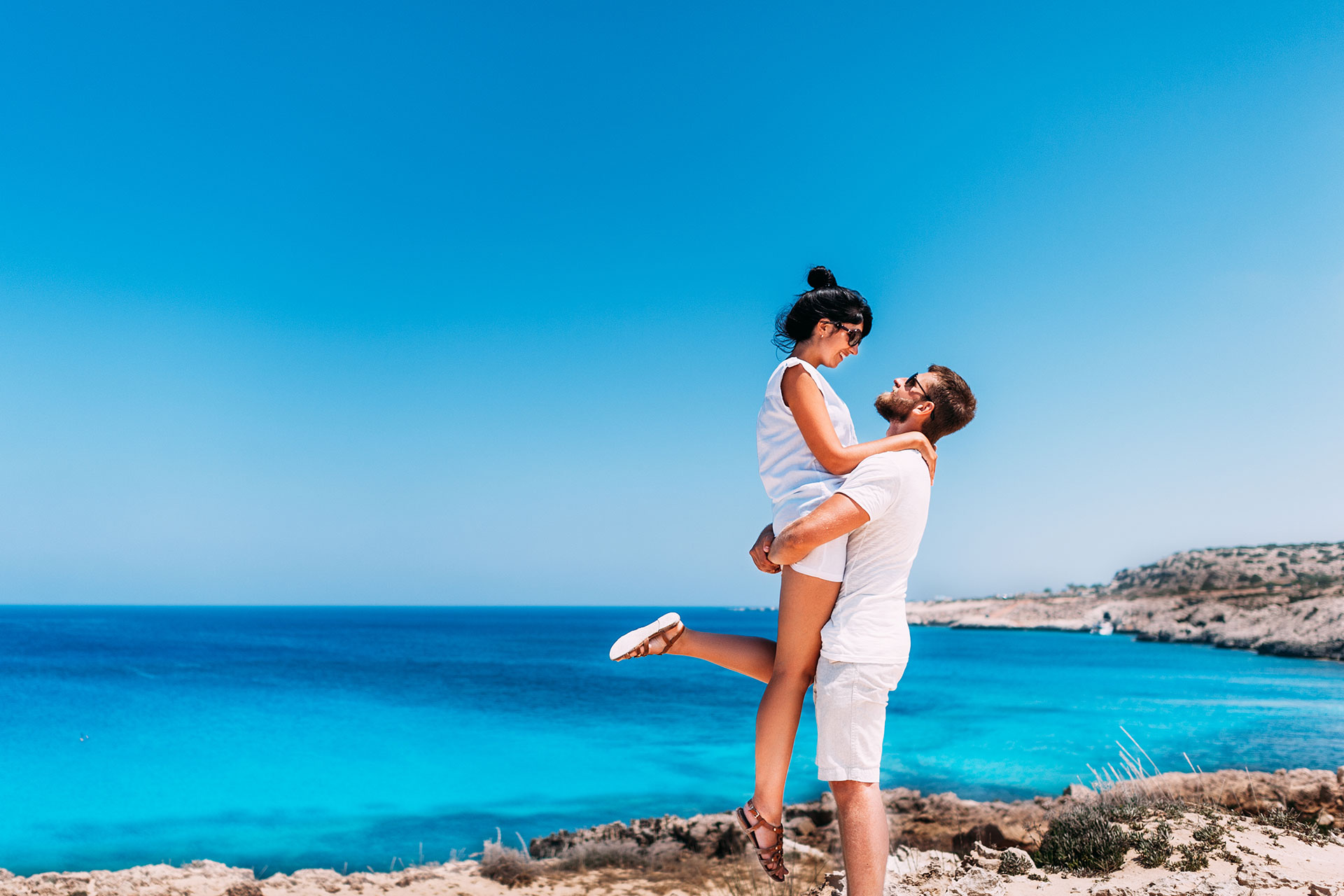 Want to Experience Cyprus Like a Local? Here Are 6 Things to Do

Stunning, sandy beaches, cool, crystal clear sea waves, and plenty of sunlight that can gift you that bronzed complexion you’ve always dreamed of… These are the images that come to every holidaymaker’s mind when they think of Cyprus.

However, many travellers don’t realise that our country is so much more! It would be a shame to visit our cultural melting pot of an island and experience the same superficial holiday marketed by corporate travel agents. More and more discerning travellers are coming to realise this, especially as our lifestyles become increasingly mundane as the years roll by.

Yet, most of us repeat the same uninteresting behaviours we do on an everyday basis even while on holiday. We trade sitting in our office chairs for hours on end for lying down on a beach chair, all in the hopes of experiencing something different. Whilst the beach chair is admittedly much more appealing, both are essentially the same activity. The question remains:  why settle for a cookie-cutter holiday package that is just as sedentary and dull as our everyday lives?

If you wish for a truly unforgettable experience that leaves a mark, you must fully immerse yourself in the very essence of the destination you are visiting, a fact many are coming to realise as more and more travellers are opting for a more adventurous travel experience.

Cyprus is the perfect location for experiential travel: its dramatic landscapes, hidden wonders, culture, cuisine and dialect are a marvellous blend of Greek, Roman, Levantine, French, Ottoman and Venetian traditions. The best way of immersing yourself in this island’s rich culture is to do so as a local.

Find out which activities are an essential aspect of the Cypriot experience by reading the rest of the third and final entry of our ‘Things to Do in Cyprus’ blog series!

Looking for more activities? Have a look at our previous blog entries, 7 Things to do During Your Stay in Cyprus and Top 5 Things You NEED to Do Outdoors in Cyprus After Lockdown.

The Ancient Greek concept of the Agora as a central gathering place that also serves as a market is very much intact in modern Cyprus! The island’s modern agoras are a staple in most Cypriots’ lives. Nicosia’s OXI Market is a particular highlight as it is a personification of the island’s wonderfully blended culture: everyday Cypriot life unfolds before your eyes in a local market by the Venetian Costanza Bastion near the Ottoman Bayrak Mosque!

If you are looking for a more glamourised experience, the Limassol Agora is strongly recommended. Located in the recently rejuvenated Limassol Municipal Market (Pantopoleio) which was originally built over a century ago, the modern agora breathes new life into this historic landmark with over 35 shops specialising in street food and beverages.

Meditate at a Monastery

Although Cyprus is a renowned holiday destination, many are unaware that most locals are quite religious. Whilst this does not impact the holidaymaker in any way, the many churches scattered throughout cities and the countryside reflect the importance of the Christian faith to the Cypriot people.

Stunning Orthodox churches like the Ayia Napa Cathedral or Church of Saint Lazarus adorn Cypriot cityscapes; if you are interested in better acquainting yourself with the island’s religion however, the best sites to do so are undoubtedly the monasteries, many of which have fascinating histories and have housed monks for many consecutive years.

The medieval Venetian Monastery of Ayia Napa harking back to 1500 is the most accessible, found in the centre of the eponymous town only a 6 minute drive from our Sea Pearl Beachfront Villas, whilst Saint George of Montenegro (Agios Georgios tou Mavrovouniou) is a quainter alternative that can be found off the beaten path in Larnaca.

The most popular ones, however, are Kykkos Monastery tucked away in the heights of the Troodos Mountains, closely followed in popularity by Larnaca’s Stavrovouni, one of the world’s oldest founded in the 300s by Saint Helena of Constantinople. Locals believe that the monastery houses a remnant of Jesus’ cross!

If you are not particularly interested in the spiritual aspect of these sites, there is still much enjoyment to be had in admiring the Byzantine and Venetian Gothic architectural styles, as well as the stunning natural surroundings and nearby nature trails.

Every Cypriot knows that the heart of Cyprus can undoubtedly be found in the island’s villages, characterized by cobblestone streets, tight-knit communities and stone-built village squares! Indeed, there is nothing more Cypriot than a village, and the island’s uniquely Cypriot mentality has deep roots in these rural settlements, a fact which will become obvious to you when you do finally visit one.

The best villages can be found on mountainous terrain, either atop Troodos or on its foothills. Lefkara is renowned island-wide for its lace, known as ‘Lefkaritika’ (which currently grace the altar of Milan Cathedral and are said to have impressed Leonardo DaVinci during a visit to the island), whilst Nicosia’s Kakopetria is favoured by many Cypriots who frequent it as an escape from the city.

If you are looking for a quainter alternative, visit Omodos, a stunning settlement in the Limassol wine region.

Let the Games Begin: Play Tavli at a Kafenio!

A time-honoured tradition amongst the elderly in Cyprus and a quirky pastime for younger Cypriots, tavli (a Greek variant of backgammon) is undoubtedly the island’s most popular board game. Playing tavli is an essential experience for a Cypriot, as locals used to gather at their village coffee shops (kafenia), meet with friends, and discuss current events all the while playing tavli and sipping their Cypriot (kipriako) coffees.

This image is one that is still very much alive in many village squares in Cyprus. Why not visit a kafenio, like Kalifi near our Cove Seaview Villas, where you can truly become acquainted with the island by playing tavli with the locals?

Take a Trip to the Island’s Dams

Cyprus is renowned as a summer holiday destination. Unfortunately, summer is also the island’s driest season, with rivers drying up and temperatures soaring sky high. Many flock to the coast in search of relief from the scorching weather. A true local, though, knows that although the rivers have dried up, other large bodies of water can be found inland: the dams.

A grand total of 105 water reservoirs can be found throughout the island, all of them located in Instagram-worthy scenic sites near dramatic white cliffs, sprawling forests and medieval marvels. One such dam is Arminou, located near its eponymous forgotten village in the depths of Paphos Forest. The medieval Venetian Tzielefos Bridge is located right next to this man-made marvel, making for an excellent day out.

The Kouris Reservoir in Limassol near the Souni-Zakakia Forest is another favourite, especially as it is easily accessible through the B8 Limassol-Troodos road. Kouris is a favourite among locals not only for its proximity to Limassol (only a short 15-minute drive), but as it also lies on the site of the centuries-old, abandoned Alassa village. The village’s church of Saint Nicholas can be seen emerging from within the dam, resulting in an eerie yet magnificent scene that is well documented on Instagram.

Another notable reservoir is Xyliatos in Nicosia, located near the eponymous village, a nature trail, picnic site and magnificent, mountainous terrain.

Looking for something a little more accessible? How about Achna Dam where you can travel around the banks by donkey, only a short car ride away from Vivo Mare Beachfront Villas?

First and foremost, Cypriots are known as a fun-loving people who love their country and realise the importance of an easy-going, laidback lifestyle. When the time of year calls for a holiday, you can always count on the people of Cyprus to treat themselves to a domestic holiday that meets their high standards.

Our SkyPrime villas for rent in Cyprus are a favourite among both locals and foreign holidaymakers. To experience the relaxed Cypriot attitude to life and the island’s glory, book your stay at our villas whilst still available.

No available dates have been found.

For Reservations more than 30 days please contact our Hospitality Team and will gladly assist you.

You can find out more about which cookies we are using or switch them off in settings.

This website uses cookies so that we can provide you with the best user experience possible. Cookie information is stored in your browser and performs functions such as recognising you when you return to our website and helping our team to understand which sections of the website you find most interesting and useful.

Strictly Necessary Cookie should be enabled at all times so that we can save your preferences for cookie settings.

If you disable this cookie, we will not be able to save your preferences. This means that every time you visit this website you will need to enable or disable cookies again.

This website uses Google Analytics to collect anonymous information such as the number of visitors to the site, and the most popular pages.

Please enable Strictly Necessary Cookies first so that we can save your preferences!