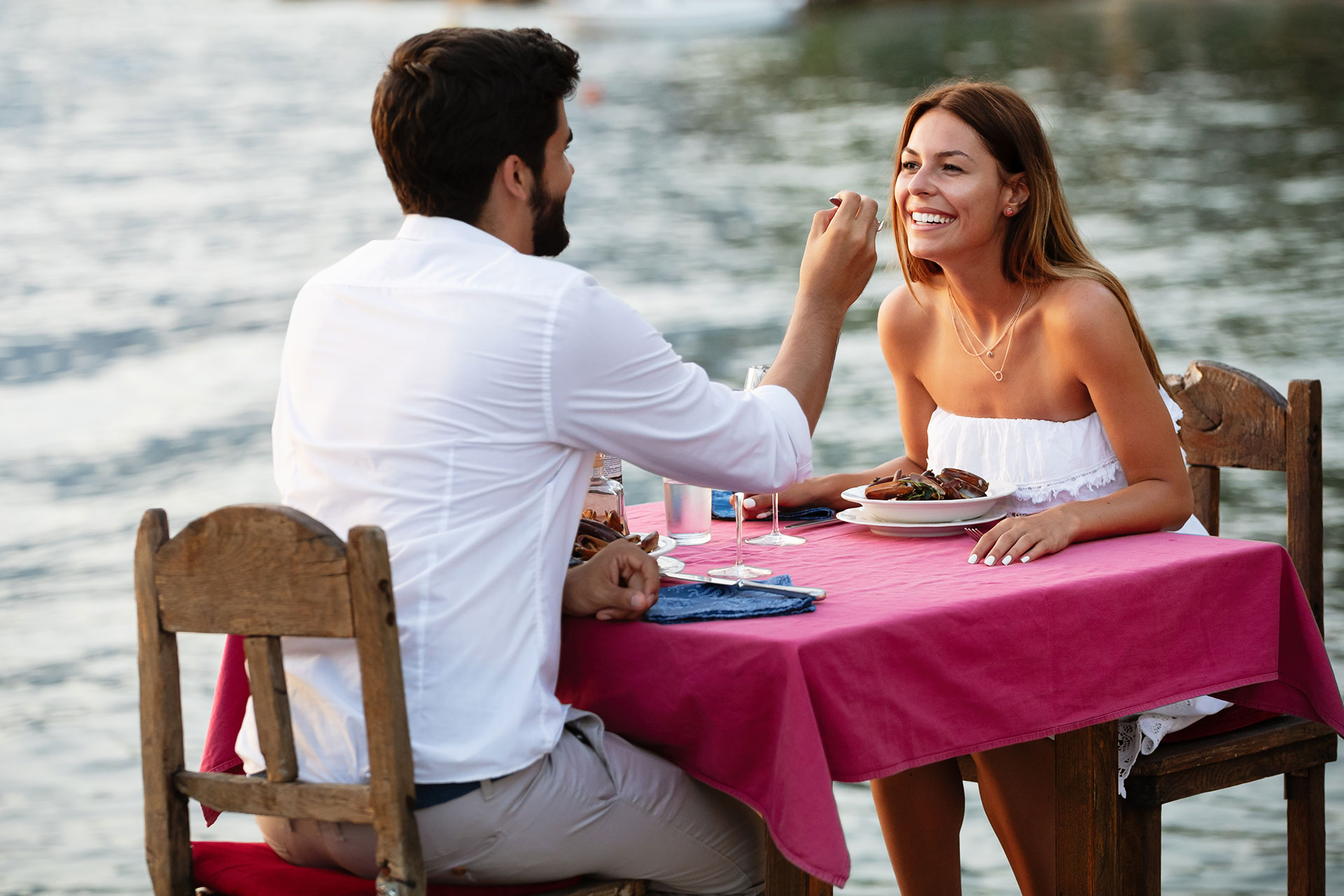 When travelling abroad, many are anxious about the food they will encounter, a phenomenon known as food anxiety. This is not an unfounded worry, as foreign cuisines can sometimes upset the traveller’s stomach.

When it comes to Cyprus however, travellers are in luck, as the island’s culinary culture straddles a fine line between familiar and exotic. Locals hold their food in high regard and consider it such an integral aspect of life that all major holidays on the island revolve around food: Tsiknopempti (Smoky Thursday) is a major highlight of Cyprus’ carnival season when large amounts of meat are grilled, Green Monday is celebrated with a vegan picnic in the countryside, Easter by cracking red-dyed hard-boiled eggs and eating the Flaouna pastry, the Annunciation of the Virgin Mary is marked by heading out to the coast for fish whilst the Dormition by a meal in the mountains, and Christmas with a hearty feast, the main course of which is souvla. This close tie between cuisine and culture indicates just how seriously Cypriots take their food, a fact which bodes very well for foreign visitors, as the locals’ high standards are reflected in their quality cuisine.

Unfortunately, the island’s native mouth-watering delicacies go unnoticed by many holidaymakers who usually opt for the usual meals they find in their home countries. This is a shame as local cuisine reflects the island’s rich, uniquely endemic culture that seamless blends the Mediterranean diet with flavours of the East and West, resulting in well-seasoned (but not spicy) specialities.

What Does a Cypriot Full Course Meal Look Like?

Mezedes are a social event wherein numerous small dishes are served and shared between the various diners. So much food is served that it is not expected that every meal will be finished. The communal nature of this dining style stretches from the hors d’oeuvre until the desert and is best suited for larger groups of friends.

If you are interested in sampling the island’s culinary offerings, have a look at what our SkyPrime team suggests you try below:

Locally known as Horiatiki, the Cypriot Village Salad is a rustic variant of the Greek Salad. A light and refreshing appetizer, especially during the scorching summer months, the Cypriot Village Salad is a staple at any meal. The Horiatiki consists of tomatoes, cucumbers, red onions, green pepper, feta covered in oregano, olives and caper leaves, the latter serving as the crucial ingredient that differentiates them from their mainland Greek counterpart.

In recent years, Halloumi has taken the international market by storm, especially so in the UK. Fans of the cheese will be delighted to know that Cyprus is the much-beloved cheese’s homeland!

Cypriots serve the cheese in a multitude of ways: alongside watermelon slices during the warmer months of the summer, as is as a light snack or through grilling the cheese and serving it in small pieces of toasted pitta as an hors d’oeuvre before the main course.

Another common appetizer is the mouth-watering Cypriot sausage: grilled, smoked pork drenched in wine and seasoned with coriander and salt.

Undoubtedly a significant national dish, Cypriots look for any excuse to get out their foukou (charcoal braziers) and cook their favourite meal! Souvla consists of large pieces of pork, chicken or lamb grilled on a foukou. However, this meal is usually reserved for large groups and special occasions.

If you are looking for a lighter alternative, you can also enjoy ‘Souvlakia Mixed’, large, thick Cypriot pita bread stuffed with cucumber, tomato and onion slices, pork souvlakia (significantly smaller than souvla) and sheftalies (another traditional Cypriot sausage). This is Cyprus’ signature dish and beloved throughout the island.

A delightful all-in-one meal, Tavas is a brilliant blend of baked lamb, potatoes, tomatoes, onions served in the clay pot it is slow-cooked in! Not only is Tava a pleasure for your taste buds, but it is also visually pleasing!

This layered pasta casserole dish, a Cypriot variation of the Greek pastitsio, is the island’s answer to lasagne. The Cypriot version varies from its Greek counterpart however in its inclusion of halloumi, pork and cinnamon.

The dish is covered in a creamy, thick béchamel sauce covered in grated halloumi and sprinkled with cinnamon, whilst the bottom two layers consist of pork minced meat and the titular pasta.

A recipe said to hark back to the days of anti-Ottoman resistance fighters who cooked the meal underground in hiding, kleftiko is a uniquely Cypriot dish consisting of slow-cooked lamb marinated in lemon juice and garlic.

Most meat dishes are typically accompanied by oven-baked potatoes, however, Cypriot cuisine provides for many alternatives, such as koupepia (vine leaves stuffed with rice and minced pork) and pilafi or pourgouri (bulgar wheat), the latter being reminiscent of couscous, albeit not the same. Both of these dishes serve as excellent companions to the above main courses.

Cypriots are known to have a sweet tooth, and so there is a wide range of desserts to choose from. By the end of a traditional Cypriot meal, desserts are always accompanied by Cypriot Coffee (Kipriako) which comes in various forms: sweet (glykis), unsweetened (sketos) and medium (metrios). Most take their coffee sketo as they appreciate the contrast between the sweet dessert and strong coffee.

Made with crisp, fried phyllo covered in syrup and containing almonds, cinnamon and sugar, Dakytla are arguably the most popular dessert on the island. They are also known as Ladies’ Fingers due to their thin width.

Another favourite, loukoumades are delectable treats: deep-fried fluffy balls of dough drenched in hot honey syrup. On the Assumption of the Virgin Mary, Cypriots usually accompany loukoumades with some shamishi, a deep-fried pastry made with phyllo, filled with sweet semolina cream and topped with icing sugar, reminiscent of the beignet (French doughnut).

Why not have a taste of authentic Cypriot cuisine on your next trip to the island? Book a stay at our fully-serviced SkyPrime Villas and opt for our optional Private Chef* to experience first-hand the rich culinary culture of our island.

*The Private Chef experience must be booked two days in advance.

No available dates have been found.

For Reservations more than 30 days please contact our Hospitality Team and will gladly assist you.

You can find out more about which cookies we are using or switch them off in settings.

This website uses cookies so that we can provide you with the best user experience possible. Cookie information is stored in your browser and performs functions such as recognising you when you return to our website and helping our team to understand which sections of the website you find most interesting and useful.

Strictly Necessary Cookie should be enabled at all times so that we can save your preferences for cookie settings.

This website uses Google Analytics to collect anonymous information such as the number of visitors to the site, and the most popular pages.

Please enable Strictly Necessary Cookies first so that we can save your preferences!